Opening up your house to strangers is often a fraught and invasive enterprise. It usually means you’re trying to sell it or, if you’re renting, someone else is selling it out from underneath you. Or the estate agent is inspecting it and, if you’ve kept it nice enough, they’ll let you stay.

In our case, it’s a celebration of Art and the work we’ve made over the course of a year. We transform our living space into a gallery and open it up to the public every March. It’s a fine line between clearing as much out as we can, and keeping it liveable for the times between. This year, we were open last long weekend, and this one, for Arts Open Castlemaine. We scrub the windows, throw art up on the walls, and optimistically buy lots of red dot sale stickers because we always lose the pack we bought last year in the intervening 11 and a half months. 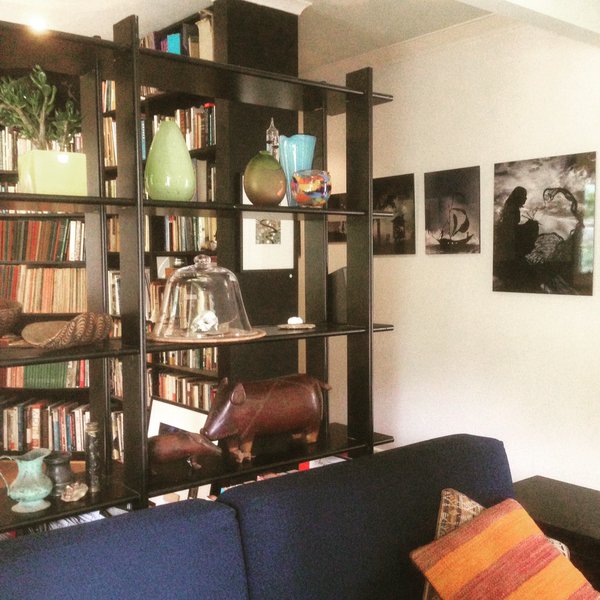 Despite the occasional bought of nerves, and all the extra cleaning, it’s wonderful. People are lovely and chatty, and ask great questions, and often lead me to new ideas, just by talking about the work. They see a different angle to something that I hadn’t considered, or are affected by different ideas in an image or story. Some respond to something from their childhood, or to the single mother in a story, and some just want to know the technical details. Whatever it is, there’s something about talking about the same thing over and over again to different people over several days that brings out new ideas to me as well: new work I want to make, or a different way of seeing an image I created and know right down to each leaf and twig.

Even if we don’t make as many sales as hoped (there are always some, but I never seem to end the week rolling around in a mountain of cash, tossing banknotes around like autumn leaves; gold coins tinkling around me like rain, and that seems most unfair) it’s an invaluable way to make new contacts, generate ideas, and absorb some of the enthusiasm that people bring with them. Always, the positives outweigh the odd negative. Of course we do get the odd close-talker, looooong-talker, left-of-field theorist or self-promoter. And there always, always seems to be one who is a combination of all of the above. Last week one man claimed something so wacky, and frankly racist, that I was very happy to show him the door. And there was the woman who walked in, cast a cool glance around, said “No, this isn’t what I want to see,” and swept out again. But I treasure these moments too, for they give me good drinking stories.

This year I am exhibiting work with my mum (Hooray!) Jenny Carrington, an incredible artist, book crafter and weaver, amongst many things. Style-wise, she comes from a ‘hard-edge’ background, but her connection to the landscape that is often her subject makes her work anything but hard. It’s imbued with symbolism, spirit and her deep love for the Australian bush.

Her woodblock prints are uncomplicated, but they’re far from simple. 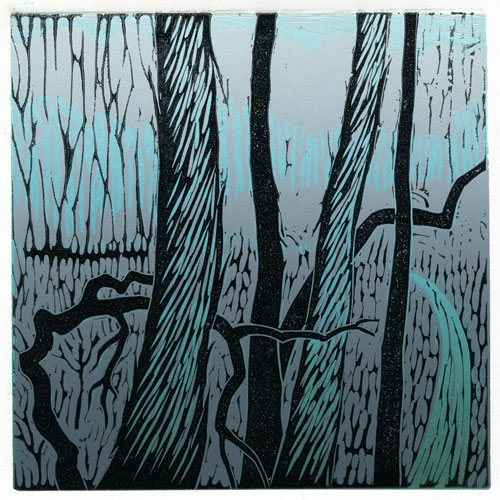 And her pen drawing are full of so much detail, even her perfect shading is accomplished with thousands of perfectly placed pen-marks. 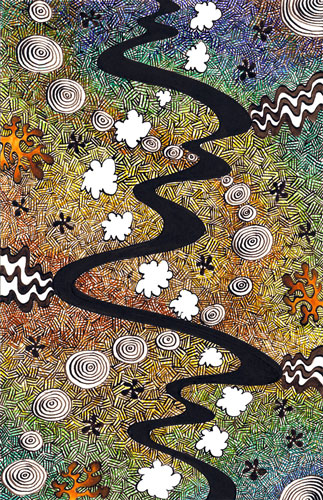 Arts Open is a great chance to visit artist’s studios and see how they work. Castlemaine is an incredible hub of artists: Photographers, painters, sculptors, printmakers, jewellers… You name it, someone here makes it.

So if you’re in Castlemaine this weekend (March 19th & 20th) please do come visit. Our door is open!

I shared a few early women photographers on Twitter a few days ago, and thought I’d go into a bit more depth here, as a follow on from my posts on Early Women Writers of Fairy Tales and Women Illustrators from the Golden Age of Fairy Tales. Many early women photographers used the fairy tale in their work: limited by social expectations, they stayed close to home and photographed their own friends and family in fashionably allegorical and fantastical scenes. But as you can see here, the very early women pioneers, those working in the 1800s before photography was a respectable hobby, were doing anything but chasing fairies…

Constance Fox Talbot was the wife of the much heralded inventor of photography William Henry Fox Talbot. She is thought to be the first woman to have made a photograph, but doesn’t get much credit for it. At least she is held up for her enthusiasm. Here’s what Maev Kennedy had to say in the Guardian:

There is also a rather dull image of four hazy lines of verse by the Irish poet Thomas Moore, a family friend. It was made by shining sunlight through the original manuscript, on to a piece of treated paper. Ovenden believes it was made by Fox Talbot’s wife, Constance, the first photograph by a woman.

“The archive shows that she was caught up in the excitement of the discovery as early as 1839, and was virtually elbowing him away from the developing table, making her own experiments,” he said.

Anna Atkins and her husband were friends with the Talbots, and she soon began experimenting with photography too. She is also credited by some sources to have made the first photography by a woman. Neither Constance or Anna used a camera for their ‘first’ images, so the title is contentious. Anna is best know for her cyanotypes of botanical samples, which she began creating not long after family friend John Hershal invented the process in 1942. She published a book of her work a year later, the first photographically illustrated publication. Anna dedicated her life to the study of biology and its representation with the cyanotype process, and has left us with a beautiful and scientifically important legacy. 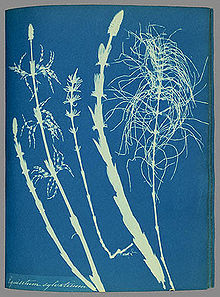 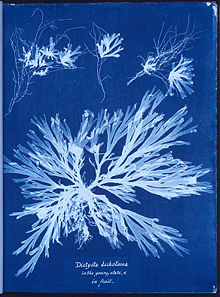 Geneviève Élisabeth Disdéri was an early French photographer. She also began experimenting with photography in 1842 after her marriage to fellow photographer André-Adolphe-Eugène Disdéri. They ran a studio together in Brest, France until he left for Paris in 1852. She ran the studio alone, until moving to Paris and setting up her own atelier there in 1872. She worked as a portrait photographer for many years, but is best know for her architectural views of Brest. 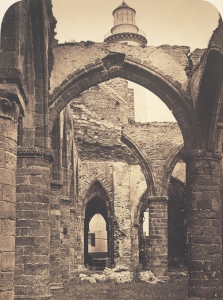 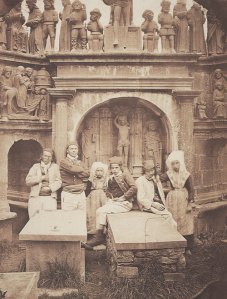 Thora Hallager brings us back momentarily to Fairy Tales. She was a working portrait photographer, and landlady to Hans Christian Anderson. They wrote often, and she produced a portrait of him in 1869. You can read their letters if your Danish is good, or run them through Google translate, as I have done below. In that letter, he states (as far as I can tell from a clunky translation) how pleased he is with his portrait. It seems that Thora was a professional photographer her whole life, and never married. 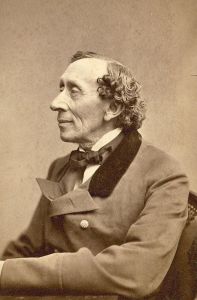 Sofia Carolina Ahlbom  is described on Wikipedia as “a Swedish drawing artist, engraver, lithographer, photographer, map maker, writer, poet and feminist.” I like her already. She supported her family as a professional artist after moving to Stockholm in 1832, and never married. She was also an active writer, and engaged in politics, particularly regarding women’s rights. Ok, now I would very much like to have her to dinner. I couldn’t find any of her photographs, but I couldn’t not include her.

Julia Margaret Cameron was probably one of the most famous of early women photographers. She started working with photographer late in her life, and photographed almost solely her friends and family, often in allegorical and legendary scenes. She also worked her neighbour, the poet Alfred Lord Tennyson, to produce a photographically illustrated book of his poems. Her works were often derided as being limp and fanciful by her (male) contemporaries, but her legacy is a strong one. Her images may often be soft, but the there is no denying the life and power within them. 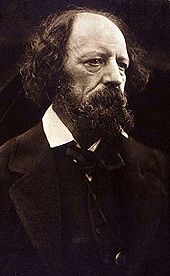 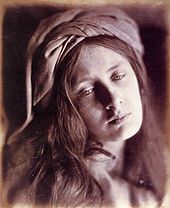 Julia heralded a new wave of women photographers: women who viewed photography as a means for creative expression. Mostly, these early photographers were of the upper classes, and to keep their respectability stuck subjects close to home. They photographed their children and friends, usually in the garden and grounds of their family home. Photography was suddenly a respectable hobby, which meant a flourishing of images that represented allegory, fantasy and fairy tale.

I will explore the creative lives of Victorian Female Photographers in Part II of this series, next time…